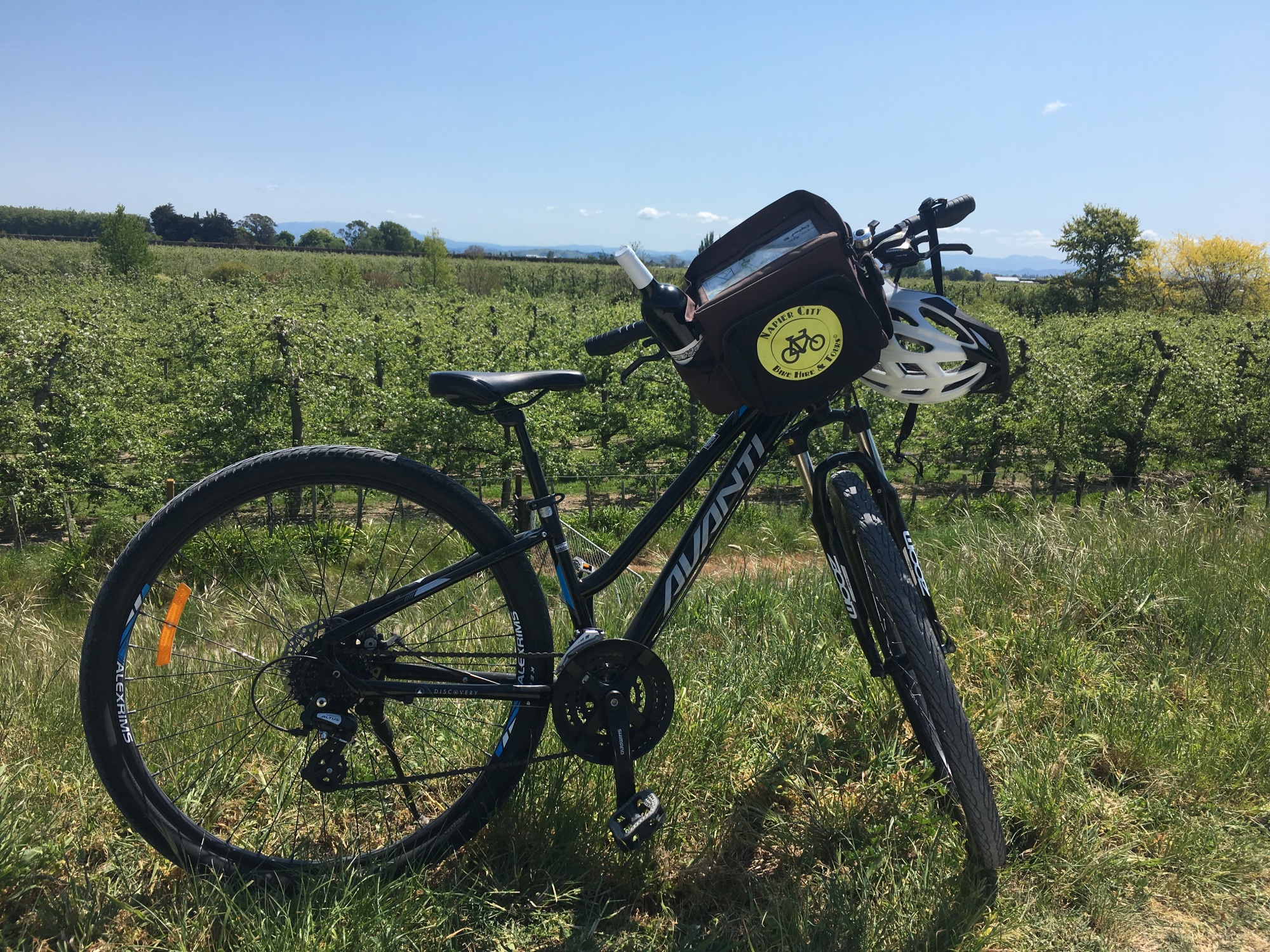 Brett’s 30! And in New Zealand, we’re lucky enough to have a public holiday (Labour Day) the Monday before his birthday each year. We’ve always used the three-day weekend as an excuse for a getaway fit for his fabulousness. And there was no way we could skimp on this important milestone.

This year’s escape was to New Zealand’s Art Deco city, Napier and it’s surrounding coastal wine region, Hawke’s Bay. It involved a self-guided bike tour of local vineyards, plus a mini hike atop a ‘sleeping giant.’

Napier was hit by a devastating earthquake and subsequent fires in 1931, prompting the city rebuild in the era’s trendiest architecture style. It’s such a cool little town! We leaned into the historic feel and stayed at the aptly-named Art Deco Masonic Hotel. We loved the sunny rooftop courtyard overlooking the ocean the most.

Coincidentally, the White Night arts festival was on, so we wandered through interactive exhibits before dinner – including a lit up cathedral, a phone booth of mirrors, and music timed to a rainbow “roof” of light. And for said dinner, we had the most amazing meal at Bistronomy. 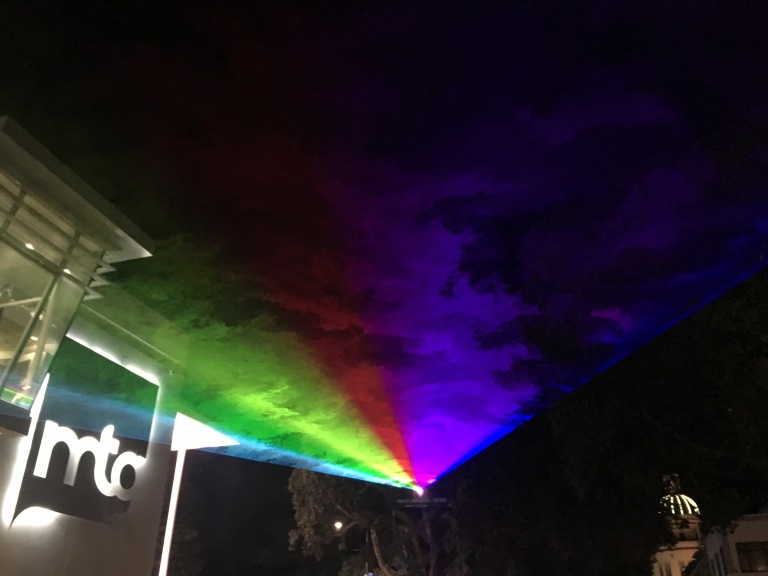 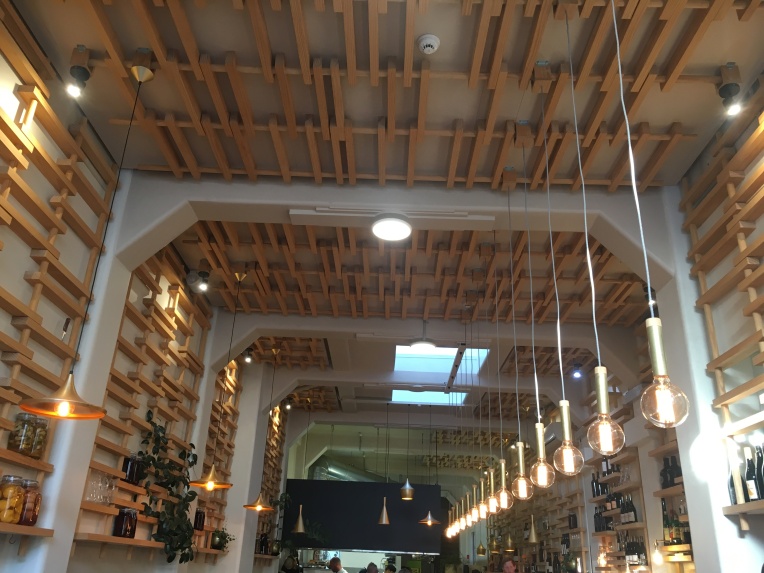 But the real highlight of the trip was a self-guided bike tour through Hawke’s Bay wineries. We booked through Napier City Bike Hire, which was a just a couple minutes’ walk from our hotel. Unlike many of the other tours in the area, they shuttled us from downtown Napier to Black Barn Winery in the heart of Hawke’s Bay. They left us with bikes (ours were named Destiny and Dragon!) and sent us on our way with a cryptic map. (Important note – the bikes had wine bottle holders!) 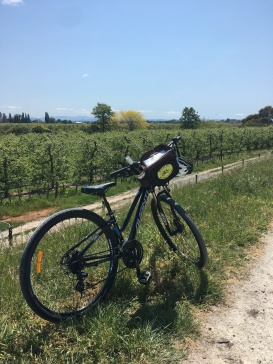 The Country to Coast package was perfect – a few tasting rooms, then an hour’s trail ride along the vines to the beach. Turn right, and there were even more wineries! Our favourite was Akarangi – a family operation in a 19th century church that was relocated and fit out with native bird stained glass. The owner welcomes guests to join him on benches around a table, and then just has a casual chat while he fills your glass. This was such a welcome change from some of the more fancy-pants wineries we’re used to on Waiheke Island and other wine regions. 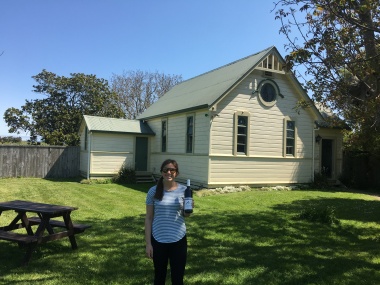 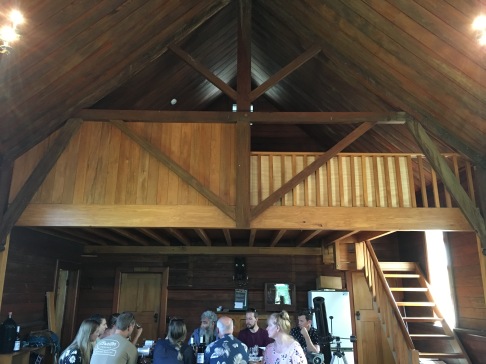 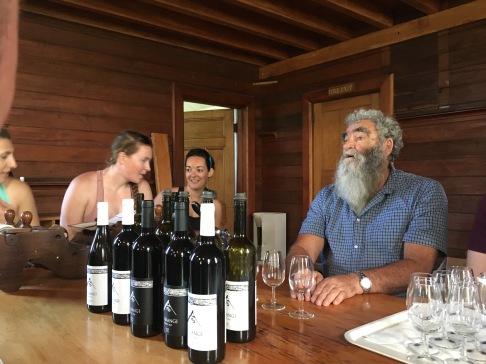 We also had perfect lunch at the laid-back Te Awanga, enjoying woodfired pizza and super affordable bottle of pinot gris on a sunny patio – and ended the tour at the gorgeous Elephant Hill. We stopped at Craggy Range the day before, which was beautiful and offered a generous tasting, but also very high-end.

Amidst all the sipping, we were also able to sneak in a cheeky hike at Te Mata Peak. You can drive to the top, but we walked a trail from about half-way up. The formation was really interesting with steep spots and tricky footing.

Te Mata Peak is steeped in legend, which we read up on beforehand. From the base, the mountain range looks like a ‘sleeping giant’ snoozing on his back. Maori legend says he choked to death trying to bite through the cliff to prove his love for a chief’s daughter. You can read more about it on Hawke’s Bay’s site. 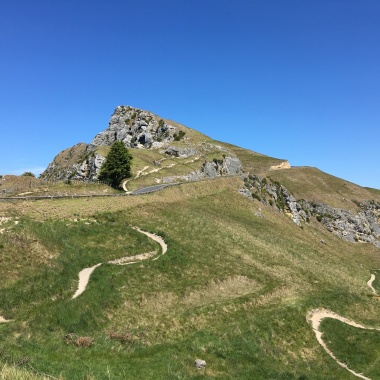 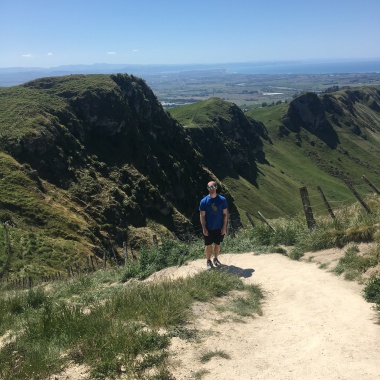 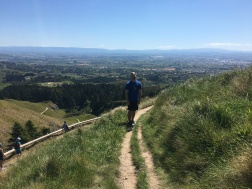 Happy birthday to Brett! Thanks for the excuse for a winery getaway! 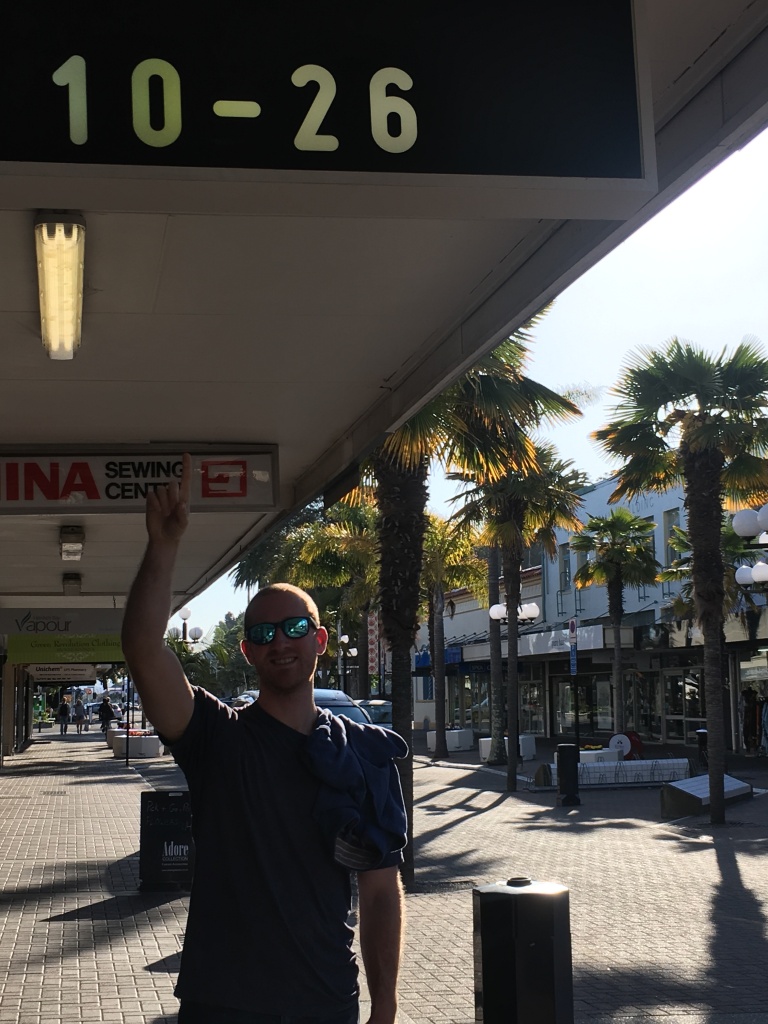