How I plan our travel? Everything in pursuit of animal encounters (and some craft beer for Brett). In continuation of our ‘exotic animals on tiny islands’ trip, a stopover in Perth for a Quokka Selfie was an absolute must.

What’s a quokka? (Say ‘kwahk-ah’). It’s a small marsupial that only lives on Rottnest Island in Western Australia. They hop like a kangaroo and are incredibly curious. They’re dubbed the ‘happiest animal on earth’ and have the best smiles.

And, the easiest place to catch the ferry to Rottnest is a cute Perth suburb called Fremantle, which is home to Little Creatures Brewery. (Coincidence? Or did they named the brewery after these cute little guys? Apparently not.)

How to see Rottnest Island? It’s a pretty easy formula:

Mentally prepare for the best day with the most picturesque views ever. Then, hop on a ferry, hire a bike, and ride the entire perimeter of the island, all without getting too distracted by the beautiful turquoise waters from the task at hand – quokka spotting. When you see a little creature, pull off to the side of the road and drop everything. And then, just hang out with them for awhile.

The quokkas: I’ll let them speak for themselves… 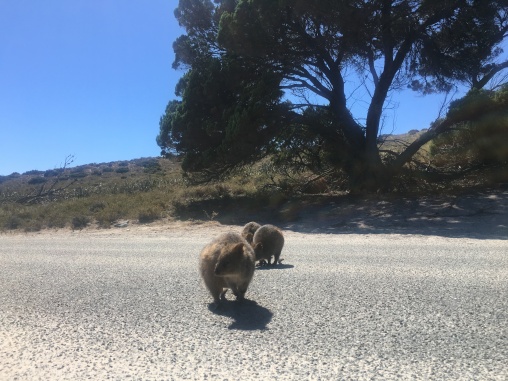 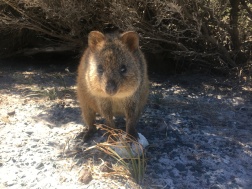 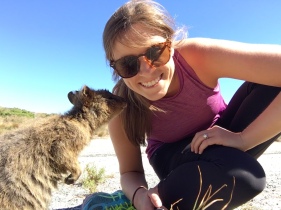 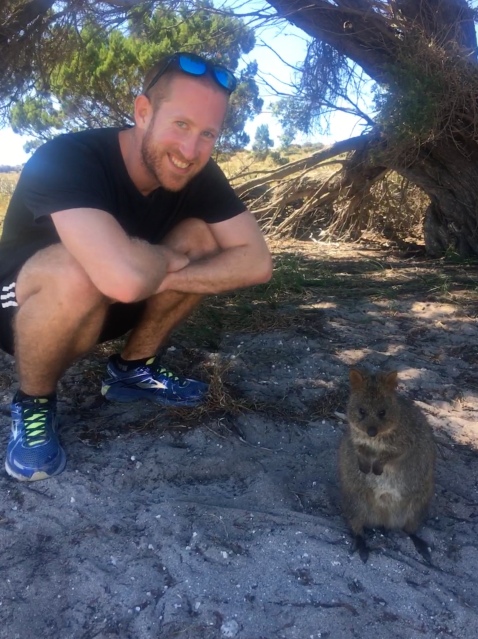 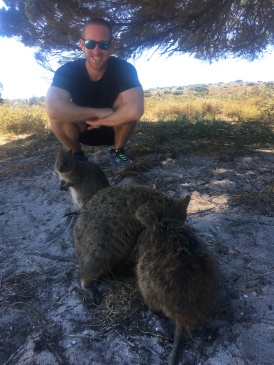 The ferry company handles everything – you can book your bikes and helmets directly through them. And they give you a handy map with common quokka hangouts clearly marked. There are no cars on the island, so it’s just you, your two wheels and the open road. 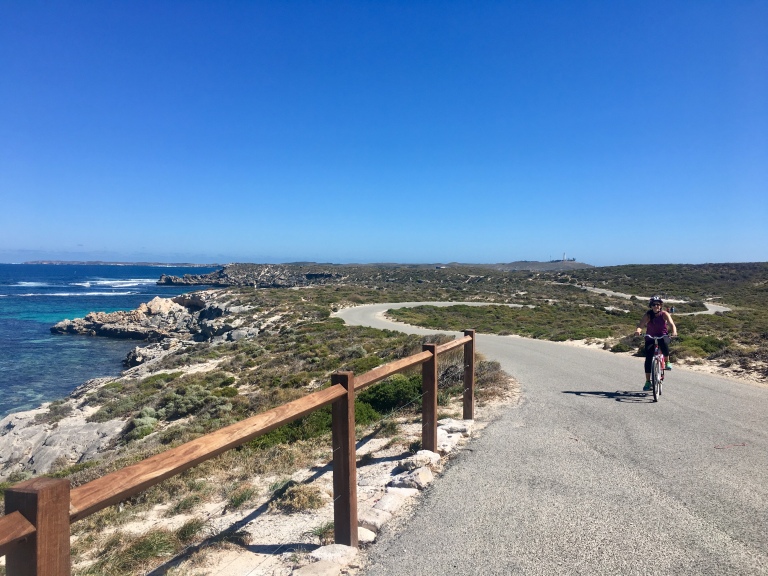 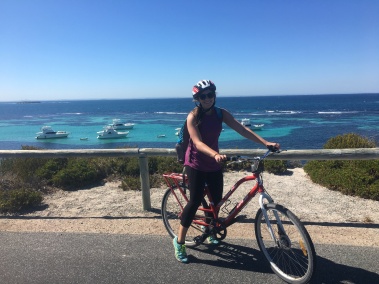 In the summer, you can also take some time to snorkel– hiring the mask and flippers from the ferry company as well. 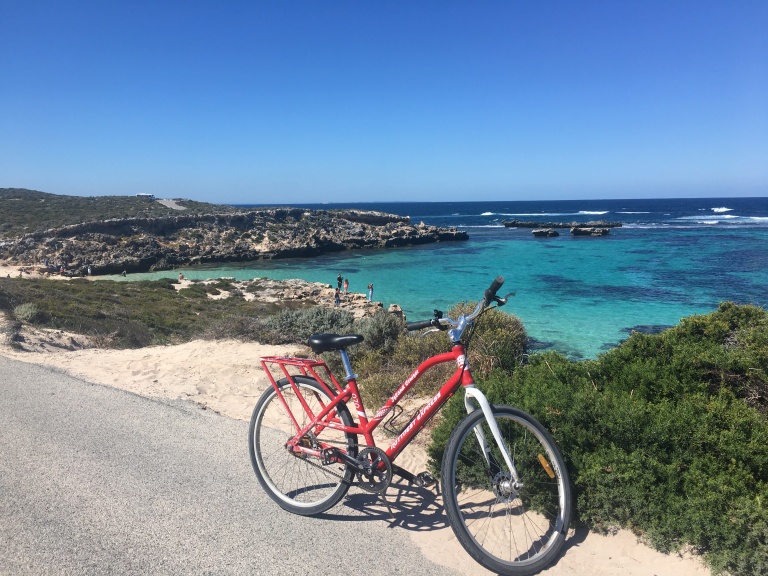 There are hotels and restaurants near the ferry terminal, but I’d recommend packing a picnic so you can refuel halfway through your ride. We picked up picnic supplies from a grocery store on the island and did just that. After we completed the circuit, we had a bit of free time to relax before the ferry departure, so we had a beer at one of the beachfront cafes.

Then it was back to Fremantle, and out to dinner at Little Creatures Brewery. This place is seriously cool. They have a whole complex with several different restaurants for whatever you’re feeling – quiet and cozy or communal dining in the beer hall. Everything — food and beer — was delicious. 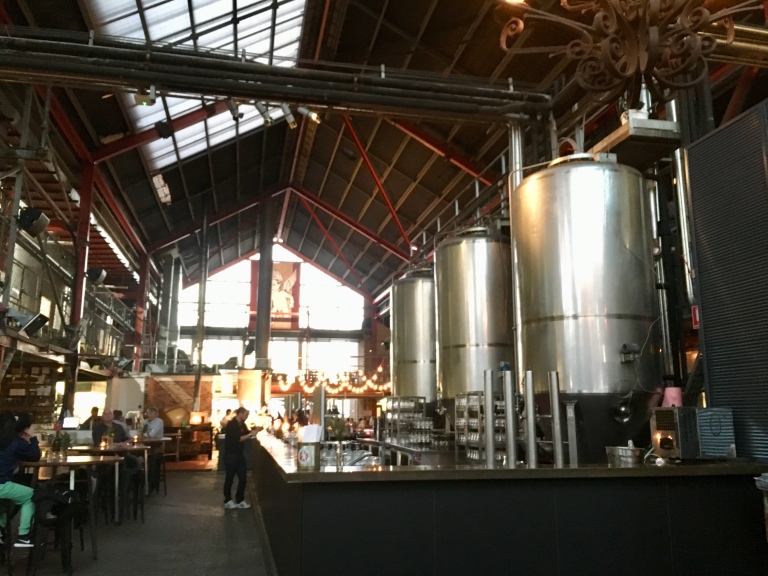 Fremantle and Rottnest are an absolute must! Watching the island’s little creatures followed by a pint of something crafty at Little Creatures. Cheers!

One thought on “Quokkas… and the other Little Creatures”