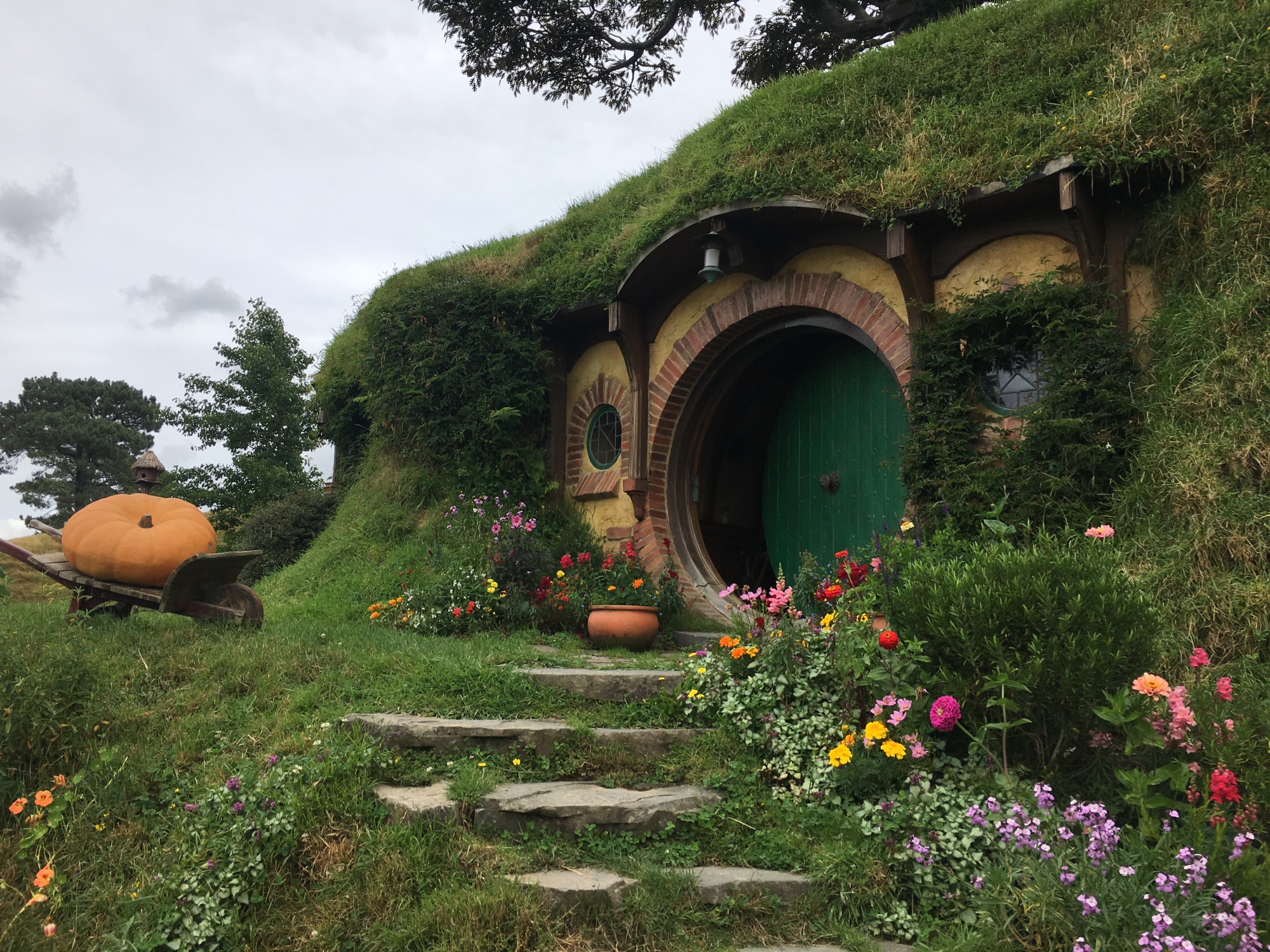 How had we lived in New Zealand for nearly 1.5 years and never been to Hobbiton? Since Hobbiton is one of the very top tourist attractions in the country (and just a couple hours from Auckland!), I guess we’d just been waiting for a visitor who wanted us to take them there. 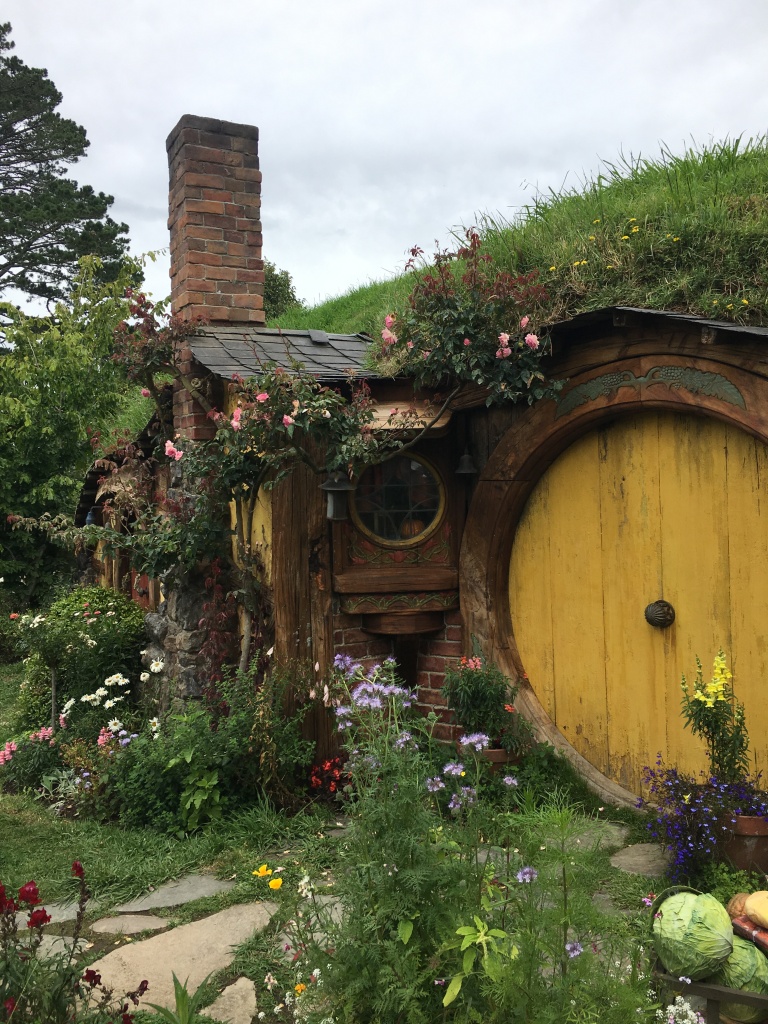 I’m not a huge Lord of the Rings fan, so was more than happy to wait. Honestly, I wasn’t that excited about it – especially because it’s very pricey. But when Brett’s parents planned their stay in Auckland and had Hobbiton at the top of their list, I started looking forward to it.

My expectations still weren’t high – but they were definitely more than met! 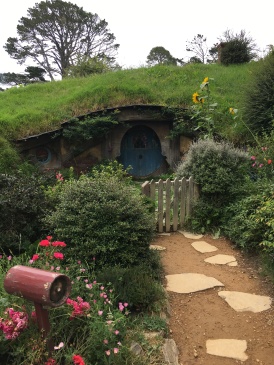 We went on Boxing Day (that’s the day after Christmas), which is a public holiday and peak travel season. We had booked months in advance, knowing it would be sold out (which it was). It was packed, but I was incredibly impressed with the operation. They’re true experts, and the tours ran like a well-oiled machine. Here’s how it works:

Park at the Shire’s Rest:

Make sure you arrive early and have your tickets ready! Hang out at the café and peruse the gift shop until it’s close to your tour time. Tours leave every 10 minutes, and there are queues clearly marked for each start time. They also make announcements when to line up.

Tour begins when you board the bus to the Movie Set:

I generally dislike bus tours, but the bus trip is very quick. You meet your guide, who’s with you the whole time, and watch two short video clips. Don’t forget to look out the window to see the beautiful farmland.

I won’t give away all the fun facts, but thought this part was really interesting. Peter Jackson (LOTR/Hobbit director, writer and producer) was location scouting and spotted the area that would become the movie set when flying over a working farm. Once he decided the rolling hills were perfect for the Shire, he approached the unassuming Alexander family who owned the farm – and its 13,500 sheep and 400 cows – and struck a deal. Can you imagine how life changed for the Alexanders? 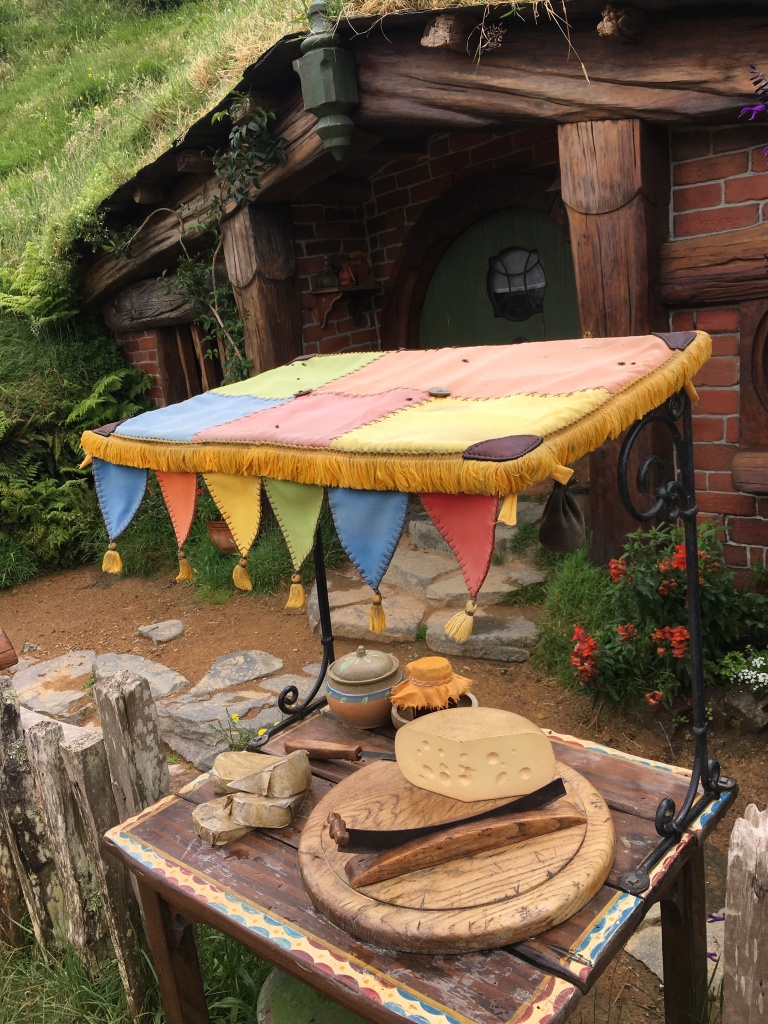 Wander through the Shire – plenty of photo opps:

Even if you’ve never seen a movie from either trilogy, the Shire feels like a pretty magical spot. I loved all the Hobbit architecture, colourful doors, and tiny details that make each Hobbit hole unique to its owner – even though I don’t know much about the characters. And if you’re not in to that cutesy detail, they explain the construction, plus some fun facts about casting for the movies. They give you plenty of time to meander down the paths and take photos. I was surprised that I didn’t feel rushed, and they even let you individually pose with the one Hobbit Hole you’re allowed to go inside. 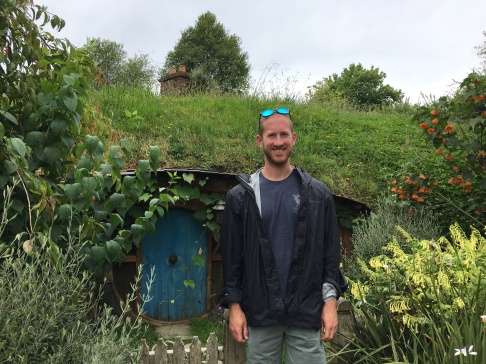 Your walk ends at the Green Dragon, where you get a free beer or cider specially brewed for the operation. What a nice way to wrap up a tour! From there, your guide will lead you back to the bus, which will arrive promptly for your return. 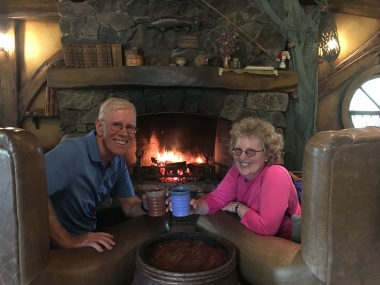 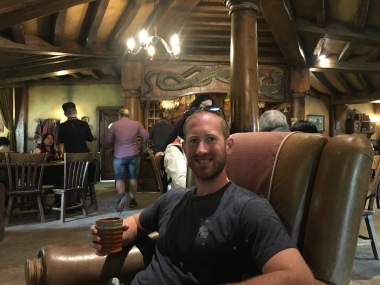 All in all, although it’s a tourist trap, I think it’s a worthwhile experience if you have a lot of time to explore New Zealand. Even as a non-LOTR fan, I had a great time — and am even feeling a bit inspired to watch the movies. Maybe one day! 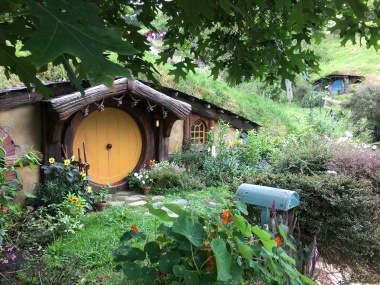